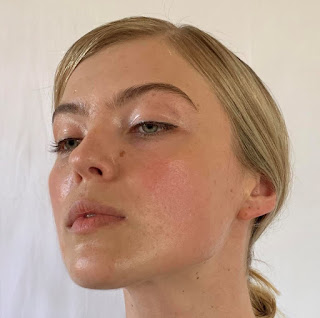 Up-and-coming artist deryk (from Auckland, based out of the UK) is preparing to release her debut on October 2nd, "WOMb." And from the sounds of her singles released so far - especially "goodtimes" (listen here) - this proves to be a very promising debut. A melancholic, easy-to-listen-to track, this quiet stunner merges a singer-songwriter mindset with a Top 40 savvy.

Another single - "Call You Out" - is hypnotic but intriguing. Her voice is light and inviting, but there's an enthralling darkness to the sound.

Honestly, I'm looking forward to hearing the rest of her debut album next month. Deryk has stated she draws inspiration from artists like "PJ Harvey, Fiona Apple, Esperanza Spalding, Kate Bush, Joni Mitchell, and Bjork" - which you can definitely hear influences of in her music. On "WOMb," she partnered with Justyn Pilbrow, who has previously worked with the likes of Halsey and The Neighbourhood. And it seems like it was a recipe for success.

Check her out, and listen to "WOMb" next month.