An Open Letter to the Actress: Milena Govich 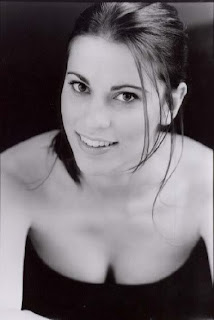 Hey, how are you?
What is up?
Well, I assume you might get 5-7 fan letters a week, but I hope the glitter on my envelope stood out to you. In all seriousness, I have not been the most loyal fan of your filmography, but in the opening credits of the 2006 show, “Conviction,” I got to see you in your underwear. 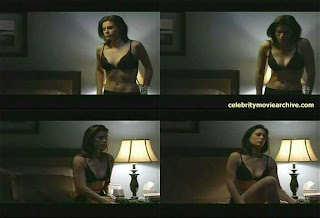 Ever since then, I have been one of your most active online stalkers (not a crime in all states I think). In the next letter, I promise to include an underwear photo for you, so we'll be even.

Milena, I remember even back to the days when you worked on one of those other 200 Dick Wolf projects you did...what was the name of that show? “Law and Order.” Yes, that was it. You made history as playing the first female lead detective on the “Law and Order” original franchise for your role as Detective Cassidy. However, I will have to note your performance was strongly tainted when Chevy Chase guest-starred and gave you the nickname, “Detective Sugar-Tits.” At least he was right. 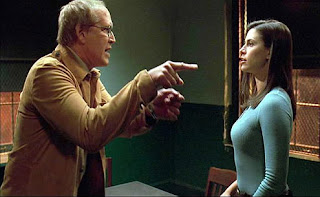 By looking at your last name, I am going to take a wild guess and say that you are of “Serbian” decent. That would be cool because Serbians are hot. Just look at their tennis team and certain strapping American individuals. Slam. Come to think of it, Govich would be a great name to scream out while someone is performing oral sex on you. I hope that last statement was easy to understand…meaning your name sounds like Go Bitch. Anyway, it seems like you are already married, but one invitation I would like to extend to any woman from any walk of life…if you are rich, I can cook and do your dishes, and then, we can do all kinds of betrayals when the Lord of the House is away. Oh dear, I get so frisky just formulizing.

I hope to hear from you soon Milena,