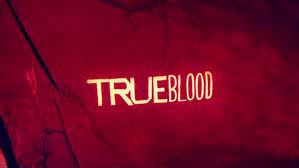 So, it’s summer, and that means it’s time for another season of everyone’s favorite campy, sexy, violent show. No, not Jersey Shore, you assholes. I may be shameless, but I have standards, as low as they are.

I’ve been watching True Blood since it debuted back in 2008, and fortunately I haven’t gotten to the point where I’m just watching it to watch it (hello, Supernatural!). Last season sure did try my patience. Even though I liked the vampire politics and the crazy necromancer witch villain, a lot of the other stories fell flat. Tara became a lesbian (or bisexual? I don’t think it’s ever clarified) cage fighter in an attempt to make her character more interesting. (Spoiler! It didn’t work.) And storylines that I think could have been fruitful were cut short, such as Sam and Tommy’s combative relationship. And Lafayette getting possessed every five seconds was exhausting. While I’m also sure Sookie's trip to fairyland was necessary to a degree, I found myself rolling my eyes at a lot of it (and seeing how this is an over-the-top show all about crazy supernatural creatures, that’s saying something).

Needless to say I have high expectations going into this season. Judging from the trailers, the vampire world is the focal point once more, which has always been the show’s strength. And Christoper Meloni as the head of the Vampire Authority? YES PLEASE

Here is a rundown of my current feelings toward the characters allegedly present in season 5:

Characters I love: Sookie, Eric, Pam, Bill, Jessica (Huh, almost exclusively vampires. Coincidence?)
Character I love but I’m not really sure why: Sam (I find him ridiculously sexy, so there’s that.)

Characters I’m indifferent to: Terry + Arlene, Hoyt, Andy, Alcide (I want to like Mr. Werewolf, but as of right now, he’s just a pretty face/ass.)
Characters I liked at first but now I find annoying: Lafayette, Jason (I hope both of them have storylines this season that do them justice.)
Characters I want to go away forever: Tara, Crystal (Both of these girls are insufferable to various degrees.)
Character played by Christoper Meloni that I'll probably masturbate to: Roman
So there you have a mini rundown of my expectations of this year's True Blood. But what about you? Is there anything you're hoping for this season? Leave us a comment or five! I'll be back Monday with my full report on the season premiere!