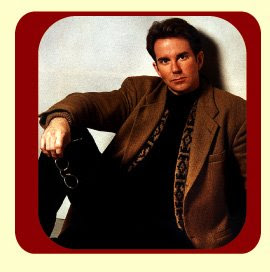 Okay, just spreading the word about one of my favorite vocalists/singers/musicians. If you haven't heard Davis Gaines sing then, you haven't lived. His voice is deep, powerful, sensual, and overbearing with vibrato.

The reason I'm posting this is because I can't get his songs out of my head. Plus, according to IMDB he appeared on an episode of Desperate Housewives as an accountant.

If anyone has seen Phantom of the Opera on Broadway or a concert version of Sweeney Todd, there is a chance you've heard him. (He played the Phantom and Anthony Hope respectively).

But in addition to his Broadway career, he has released two solo albums.
Which I find not to be as good as his stage singing. Here are links to his solo stuff, but if you really want to hear Davis Gaines find him singing music of the night (which is also on his solo album) in Phantom of the Opera or Johanna in Sweeney Todd. They really show what he can do.

http://www.amazon.com/Against-Tide-Davis-Gaines/dp/B000005BUW
(Sorry Amazon was the only place I could find samples of his solo album.

And of course www.Davisgaines.com for more info.

He sorta sounds like Josh Groban except with a more mature voice. Catch my drift?