July 24, 2009
Guess what? In case you haven’t heard the final season of Monk is approaching. It will kickoff on August 7th on USA, and will launch the beginning of the end of a great show.

I would just like to give a shout out to two awesome actors: 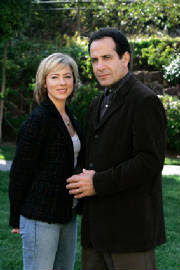 Traylor Howard is the second actress to play Monk’s assistant. The first was Bitty Schram (character: Sharona Fleming), and I will just say Sharona does not compare with Senorita Natalie. NO WAY JOSE!

You may have seen Traylor Howard on the beloved sitcom “Two Guys, a Girl, and a Pizza Place.” ----Come on you remember.

But anyway, I look forward to the latest and last season of “Monk,” and hopefully, there will be another guest appearance from Sarah Silverman. She is great on that show as Monk’s fan Marcie. Ah, good stuff. 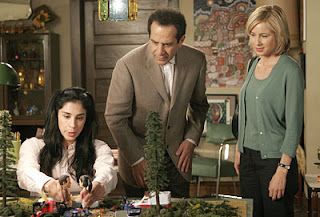 So All I can say now is,

Tony and Traylor (and Sarah too) thank you for the great seasons, your performances on the show are brilliant. It's no wonder why Monk is nominated for so many awards, and I’ll be watching. Respect.

QATFYG: Who did you like more Natalie or Sharona? Which other characters on Monk do/did you like? Will you watch the last season of Monk? And do you think Traylor Howard looks like the singer/songwriter type, or is it just me? 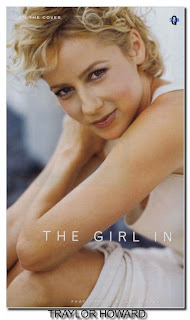