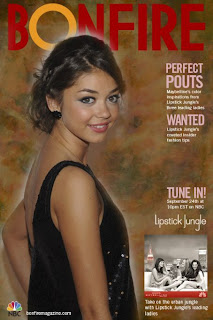 Hello World,
So last week’s Spotlight/Shoutout on Kyle MacLachlan (and unintentionally on OG Mudbone) was a huge success.

This week’s Star of the hour/day/minute is up-and-coming television extraordiness, Sarah Hyland. The reason I chose to post on Sarah H is because the first time I learned her name was when she guest starred on “Law and Order: SVU,” playing a sleep-deprived psychotic.
The commercials hyped it up saying “This girl’s performance will shock you.” And although, “Law and Order” shows say that every SINGLE week, this time they meant it. She blew me out of the water.

Psychotically, sociopathically, sympathetically, emotionally, all across the board. It was good shit!

I can’t find a link to that episode, “Hothouse,” but it will probably be on NBC in their rotation soon. If anyone has time to see it, please do. It’s one of the best SVU’s I’ve seen.

And it’s not just me that thinks so; Dick Wolf Productions loves Sarah Hyland. She’s guest starred on SVU twice, as well as on the original “Law and Order” and “Trial By Jury.” All that’s missing is CI on her filmography, but I don’t like CI. Hmm, maybe if Sarah H played a crazy person on CI, I’d watch it. Also she’s had reoccurring roles on “Lipstick Jungle,” and “One Life to Live.”

So what’s new with this Scooby Doo?
Sarah H is going to star on a show called “Modern Family.” I know little about this, but I think she’s playing an angsty teen with a bunch of issues. COOL! She’ll be perfect at that. AIRS Sept. 23rd on ABC! In the picture she's the one in the hooker boots.
And in 2010, she’ll appear in the film, “The Science of Cool.” 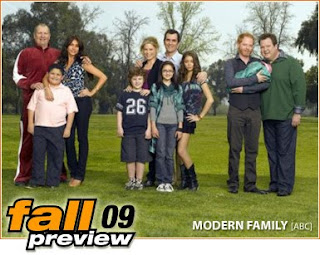 QATFYG: Do you have a favorite Sarah Hyland series/role? What is your favorite Law and Order series? And Does Sarah Hyland look like she could be Amanda Seyfried’s little sister? I didn’t think about it, until Brittany posted yesterday. Thank you Britt!

PS: There is also a comedienne named Sarah Hyland........this is not her.