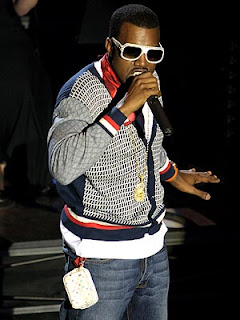 So here’s a name that has been tossed around a lot over the past few days/ week.
Okay, it is now known that Kanye West has some issues about running his mouth, and you’d think after winning 12 grammys he wouldn’t be the type for public outbursts. Either that or because Kanye has 12 grammys he thinks he owns the world.

But all mouthing off aside, the honor of this week’s spotlight/ shoutout goes to Kay Dub because I feel like helpin’ a brutha out. Not.

In all seriousness, Kanye receives the s/s because I’m giving KW a shoutout for his role as an actor and work outside of the music biz. In 2008 he did an HBO special, which looks kind of blah, but it might be worth watching.

This film just looks so bad-ass and gangsta I don’t think I can turn down the opportunity. Normally this isn’t my style, but this sort of “ghetto-fab” film might be promising. SP 2 also features the likes of fellow bad-asses N.O.R.E. and the most bad-assiest of bad-asses, Ol’ Dirty Bastard. (God rest his soul).

I’m interested to see it for many reasons, but mainly I'm just curious beacause I want to see something different from Kanye, especially after his name has been thrown around so much for being a mic-stealing douchey. The flick is set in Philly as three gangstas try to hold control over the streets of Brotherly Love. 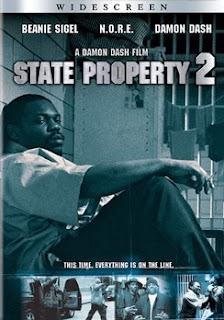 It sounds like a dark, cold, gangsta film that might conclude with a lot of heart in the end. I’ll see if I can pick it up on video. And yes I know Kanye will most likely only be in the film for a short short short period of time, but I’m already set on seeing it.