November 11, 2009
As I stated 20 minutes ago in my last post, it’s peoples’ choice award time, and I couldn’t help but notice that this award Ballot was missing something……………Selena Gomez.

If you’ve followed the blog for a while, you’ll know that I am an avid Selena G fan, and I feel she got robbed of a nomination for best TV Comedy Actress.

And I agree with all but 2. Honestly, I would have put Selena instead of Eva Longoria Parker (even though I voted for) or Alyson Hannigan. ELP is my favorite housewife for superficial reasons, but her performance lately has not been worthy of the nomination. Whereas, Selena Gomez has made a huge impact on the world of entertainment with her show “Wizards of Waverly Place.” Her work on Disney is the best acting job the network has to offer. She was even placed as the 20th best Witch of all time by AOL.

Now if you think it’s too much for a little Disney star to get this nomination. Other Disney girls on the ballot are Demi Lovato (Breakout Music Artist), Emily Osment and Miley Cyrus (Breakout Movie Actress), and Miley also gets a nomination for Best Web Celeb. (I totally voted for her because “The Miley and Mandy Show” was sooooo awesome. Eat that Andy Samburg.)

My point is, she does the best acting on Disney, and doesn't get anything while others rise above her.

Anyway, Selena should be up there, here’s to you SG! (lifts the glass.) 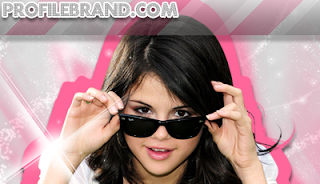