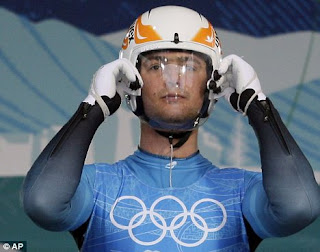 Yesterday the ceremony of the Winter Olympics kicked off in Vancouver, and during the day the Olympics saw tragedy with the death of Georgian Luger, Nodar Kumaritashvili.
The Georgian team, which only had 8 athletes before the tragedy looked so sad during the parade of athletes.

Also, the Olympic flame sculpture malfunctioned during the ceremony, and there was a large awkward pause for technical difficulties.

Some critics are already calling the Olympics a flop, and as for the ceremony it was almost impossible to top the performance of the Chinese in Beijing. Thank you Zhang Yimou (sp).

Also, it was great too Steve Nash of the Phoenix Suns as one of the final torch bearers. He is probably my favorite Caucasian athlete.

I liked that there was a strong presence of the First Nations in the ceremony, as they are a great part of the Canadian country. The footage of Iqaluit on Baffin Island was really good to see, and the torch also made it to "Alert" in the Nunavut. The most northern settlement on Earth.
Also the ceremony showed many elements of Canada's multicultural heritage from Scotland, France, and England. Again nowhere near the level of the Chinese in Beijing, but it was still entertaining.

I hope the Georgians win a gold.

QATFYG: Did you watch the ceremony?