this JUST in (holy shit!) 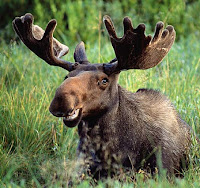 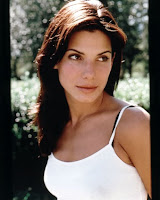 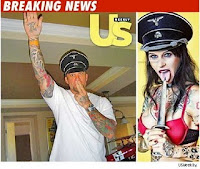 A lot of buzz has been surrounding Sandra Bullock after she won the Academy Award for “The Blind Side.” But not in the best light.
In many interviews, Sandra stated that her husband “Jesse James” was the most wonderful man in the world,
But shortly after winning the award, it was made public that James was a cheating bonehead, leaving his angel, Sandra in humiliation.

However, it appears Sandra wasn’t a clean-hearted after all.

During an interview with Barbara Walters, an intern on the ABC set, noticed something sticking out of Sandra’s bag, which was left unattended.

Inside, was a pack of photographs held together with a rubber band. In curiosity, the anonymous intern flipped through the pictures, and found shots of a giant Canadian Moose!

Then, things get weirder. Photos of Sandra Bullock were found in the bag wearing nothing but a lace bra and that’s it! She was also positioned on her knees waiting to receive the moose’s fortitude.

Her husband may have cheated, but Sandra is equally unfaithful….except with a an enormous filthy Moose!!

In a brave move, the moose has decided to come forward with his story.

"This is so hard for me," he said, declining to give his real name (it's obviously Rick).

"But that cunt used me. She used me and sucked my moose dick til it ran dry!"

He fought off tears and described, in graphic details, the length of their affair. The frightening affair.

The threesomes that followed with wallabies? Not so hot.

Sandra has been mum on the details of the affair. When approached by a reporter, she threw her Oscar at the reporter's head.

"That's not my real Oscar, you stupid shit!"

This latest heartbreaking discovery is the most saddening piece of Hollywood news since Michael Phelps got caught receiving involuntary CPR in the back of a taxi cab with a Indian Barking Deer.

Why oh, Why do the celebs think it's a good idea to get hot and heavy with beasts of burden? (The answer is in the question.)

They should be more like Miley Cyrus and just perform o-ral servicing on their plastic orange blimp!

This gray area setting can only get darker for Sandra, and more tragic for Rick the Moose. It is likely that Rick will write a tell-all book revealing his side of the scandal, one of the biggest accomplishments ever by a moose.

At least Jesse James doesn't look like as much of an asshole.

Paula Deen was fistbanged by a gorilla. And she liked it. Common knowledge in these parts.

"It's addicting!" she said in an interview. "Y'all want some lardcakes?"

The moose's whereabouts are unknown at these times, but he could be found at a Crisis Center for Moose.

If you or or a loved one has a problem fucking mooses, please call 1-888-893-9000 and talk to a licensed professional, who is wearing nothing.