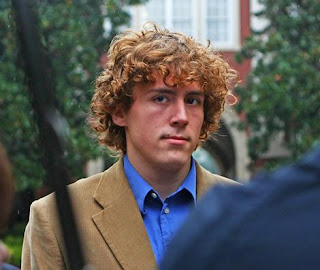 David Kernell, otherwise known as the Red Herring, the Tomato of Evil, the Marinara Hackeranera.

Does this sound excessive?

I admit what he did was wrong, and he should be punished, however, this is something that should not lead to 50 years in jail or any jail time at all. For an issue like this, *reading someone's email and showing it to people.* He deserves probation and community service at the most.

Because despite what Sarah says....There was no intent to harm her. He calls it simply a "College prank" and it is a little more serious than that, but divulging someone's personal email should not give you the sentence of 50 years or anything close to it.

Think: there have been murderers, rapists, pedophiles, and arsonists whom have received less than 50 years in jail for their crimes. So sending someone to jail for opening up the wrong person's email is outrageous. Again, this guy should not get any jail time at all, but he should be punished. 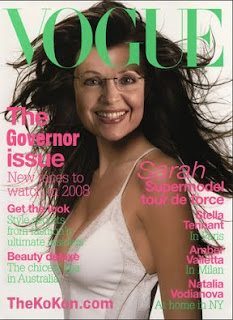 However, this did give me the chance to post something with the word VOGUE on it again, so thank you Disheveled Ron Weasly!