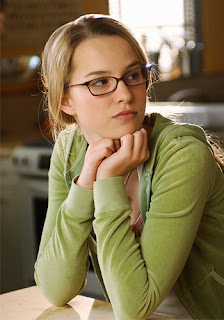 I love the Disney Channel, and last Friday I caught the premiere of the show "Good Luck Charlie."

And the magic s/s of awesome sauce goes to the lead actress Bridgit Mendler.

She stars as the somewhat socially awkward teen, who is making a video diary for her baby sister, so she can learn from their mistakes in the future.

The show is not a super blend of strong comic elements, but it shows potential for a strong family show. It's going to be something that the sentimental comedy genre needs.

Bridgit has worked all over the place on the Disney channel, starring on "Wizards of Waverly Place," and "Jonas."

Also, she appeared in the KCA winning film "Alvin and the Chipmunks: The Squeakuel."

"Good Luck Charlie" airs at Sunday nights at 8:30 on Disney.

QATFYG: Are you a fan of sentimental comedies?