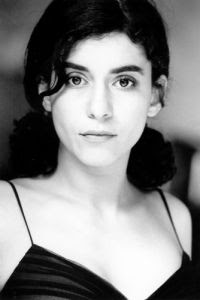 So today is the first day of Ramadan, the holy celebration of Islam. I found it only in nature to give the s/s to someone from the Near East. (I am not sure if she is Muslim, but she often plays Muslims on screen.)

Lubna Azabal is of Moroccan decent (born in Europe) and often acts in both English and French.

She is an actress that I first saw in the film "Viva Laldjerie," which had strange but compelling aspects. It's worth watching.

She also had a role in the award-winning film "Paradise Now."

QATFYG: Have you seen many films from Muslim world?

If you speak Arabic, sorry for the bad translation: Basically saying.....Peace to all, regardless of your faith.