Here's a picture of Katy Perry:

think fast! if you just glossed mindlessly over that pic, would you think- hmm, Zooey? SEE:

I CHALLENGE YOU TO SCROLL UP AND DOWN 500 TIMES IN A ROW. IT'S LIKE AN OPTICAL ILLUSION.


that being said, people have long asked- or since either of these two were present in mainstream's consciousness- WHO CAME FIRST? Chicken, or egg? Battleship or Monopoly? Do not Wikipedia the last question! I don't want to know! A lot of people have accused them of having the same style. Eh. A lot of hipsters have it- trust me, I see it everyday.


here's two more pics of the girls for you to see: (EYE CANDY, AM I RIGHT?)

PENSIVE ZOOEY:  "where is M. Ward and his guitar when I need them?"


fact:  Katy Perry LOVES Cracker Barrel
but be honest with me, WHO DOES NOT

I don't know if Zooey would like Cracker Barrel though. I'm pretty sure she's really not into gluten.

let's talk about more things:  Katy Perry has a cat, Kitty Purry. What does Zooey have?
....
ZOOEY HAS A DOG. SHE WINS. THE END.
dogs > cats forever 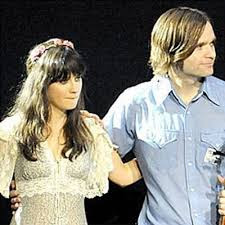 question:  DESERT ISLAND, YOU HAVE TO BRING ONE. Katy Perry or Zooey Deschanel? I bring Zooey because she sings and acts AND does a lot of social media. Katy Perry is hilarious, but she's not my bag per se. However, if someone was like "Brittany you have to bring either Connie Chung or Katy Perry on this island with you" I'd be like "KATY PERRY MOS DEF."