August 09, 2011
One of my friends suggested I give the band the Young Things a shot, as she. Well. Knows them. So I did. What I found was a pretty good, pretty interesting young up-and-coming band. Worth your time? Worth a listen or two or three? Probably.


They've been packing venues around New York since forming and this seems to just be a reoccuring theme for them. They are a very popular live act with a lot going for them, so. Like, for example, Lenny Kaye of the PATTI SMITH BAND called them "melodic and tuneful, seized with the exhilaration of that first moment of feeling a song comes together, an amplifier feeding back, and an audience in full thrall, the Young Things renew the hope and promise of what being in a band is all about."


on that note. here is my interview with Josh Hammer the guitarist, and Toronto and Jurassic Park are both great really:

How did you guys form! What's the back story?
Josh:  Mikey and I met when we were both living in this shitty apartment in London. We didn’t really start writing there, but went to see lots of local shows and things like that.  It turned out we were both from NYC and both playing in other bands that we weren’t really into anymore.  So we moved home, called up Jonny and Neil, childhood friends of ours, and started kicking it around.  The first night we all hung out one of us (not myself) got pretty wasted and slept in the subway.  From then on we knew we had something that worked.  (author's note:  swoon!)
How did your recent record release party August 6th go? What was the turn out like?
Josh:  Well, we had some pretty shitty booking problems with the show.  As a result we were over capacity, loads of people couldn’t get in.  The gig went on great, but we’re gonna have another one for the people who were left waiting out in the rain.  I’d say expect another release party sometime in the next couple of weeks, we just don’t know where yet.  Maybe our manager’s apartment; if we all pitch in for the cleaning crew.  We’ll have a raffle to pay for cleaning supplies.
What was it like to open for Ryan Adams' BFF Jesse Malin? Who else have you played alongside? Who do you dream of playing with?
Josh:  We’ve all been huge fans of Jesse for a long time.  We run in to him in the downtown scene pretty often, and it was such an honor to be asked to play with him.  The actual experience was pretty fucking fantastic. A great bunch of guys all around.  As for who we’d like to play with in the future, I mean, everyone and anyone.  We’re trying to line up a UK tour sometime soon, so if anybody out there is looking for an act, here we are.
You have a new single out! How's that been for you?
Josh:  It’s always exciting to get new stuff out there.  It’s weird for us because we’ve been playing the single so often, that it just sounds like every other song.  But now we play some shows and you see everyone singing the words, and you’re kinda like ‘wow, I guess people like it, that’s awesome.'


What do you see on your horizon?
Josh:  We’re dying to head over to the UK... Mike and I met in London, and I lived for a while in Scotland.  So it’d be amazing to get back over there and have a blast.  We’re also thinking of recording a new EP sometime in the next few months.  We have so many fucking songs we wanna cut, but can’t seem to schedule time to do it.  I think we’ve solved that problem.  Stay tuned.
Anything you'd like to reader to know? (head's up, this is important)
Josh:  Jonny eats 19 cashews a day as some kind of health regiment, Neil loves mango salsa and pretzels, Mikey can’t stop listening to Peter Cetera, our manager Brandon’s favorite city is Toronto, and my favorite movie is Jurassic Park III.  All of this is true.


check out their website for a free download!
and seriously- I would not be surprised if we heard more from this band rather shortly. I wish them all the luck in the world and mango salsa is incredible. 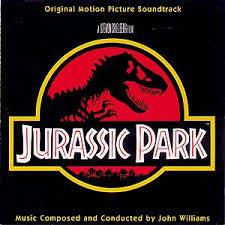