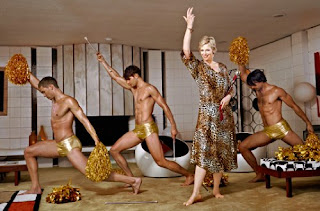 So, yeah, the Emmys are tonight, and I figured I'd do some liveblogging or whatever you kids are calling it. Jane Lynch is hosting, and even though I absolutely hate that fruity high school singing show she's on, she's a damn funny lady. Did you see her in Best in Show?

7:04 Joel McHale is looking fine, though.

I've since grabbed a beer, because I think this will be far more enjoyable for all of us if I get trashed while watching this shit.

7:28 Amy Poehler and Will Arnett are fucking adorable. And Mrs. Chris Martin is PISSED she's not getting screen time. Fuck her.

So I have to say, if I'm rooting for anyone, it's Parks and Recreation. Are you watching this show? Do you know how brilliant it is? Did you know Adam Scott is a sexy son of a bitch? The things I would do to him are practically unchristian....actually they are unchristian.

Have you seen the new Dior ad with Charlize Theron? Do you find it cool, or terrifying?

7:51 Juilanne Hough...aka WHO GIVES A SHIT GIVE ME MORE WINSLET

7:53 Kristen Wiig, looking very svelte. Does anyone say "svelte" anymore? Besides me?

I hate the Big Bang Theory almost as much as Glee.

Seriously, this is painful. Except the Mad Men skit.

Was that number worthy of a standing ovation?

I need another beer, Jimmy Fallon and Jimmy Kimmel are on. Let's see if they laugh at their own unfunny jokes.

Seriously, when is this shit over? Julianna Marguiles makes me want to kill myself.

supporting actor in a comedy...
goes to Ty Burell from Modern Family. Are they setting a trend? DO I GIVE A SHIT
god that acceptance speech was awful

8:23 Commercial report: I love Dunkin Donuts. Pumpkin Spice iced coffee. Vanilla cream-filled donuts. Cause I can't say no to anything filled with cream. (ya hear that fellas???)

What is this category? Oh, directing!
*runs upstairs to get said chapstick*

Who's it gonna be?
Wow...Modern Family...
man writers are fucking weird AMIRITE

AMY POEHLER BETTER WIN OR I WILL GO FUCKING CRAZYYYYYY

Please go away Charlie Sheen.
Go away.
You've jumped the shark of life.

Lead Actor in a Comedy, let's hope Matt LeBlanc gets the recognition he deserves.
Fuck no. That scary-looking guy from Big Gang Bang Theorem(?) won.

AMY
POEHLER
FOR
THE
WIN

I'm sorry if you're not watching this. I can't even describe it.Suffice to say the nominees are all up on stage.
Be fortunate you cannot hear my screams of dismay.
Mike and Molly....really.
Not Amy, not Tina, not Edie or Martha or Laura.....I'M DYING INSIDE FOR AMY

8:55 this Office skit is kinda funny
except for Kim kardashsisiasasadn

Oh boy variety/reality....I'll be back later...more booze required.
Seriously, I can't give one solitary shit for this category.
Except Project Runway. 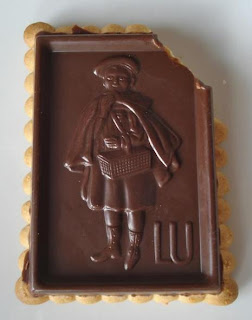 Oh shit, here's that Dior ad again! If I could find a link for it, I would. Till then, tough shit.

Wow, best directing for a reality/variety show goes to WHO THE FUCK CARES BRING ME THE DICK OF JOHN HAMMMMMMM

There's this announcer guy who says something right after they announce the winner, and he's so amazingly annoying.

Commercial Report: LOL @ the trailer for Real Steel (aka Rock 'em Sock 'em Robots: The Shitty Movie No One Asked For).

Has anyone ever watched Friday Night Lights?
I don't think it would be as bad as Glee, per se, but I care about high school football as much as I care about pandering karaoke sung by teens. So yeah. Fuck that show.

Best supporting actress goes to that one actress who was in every tv show you watched last season.
She totally fell up the stairs by the way.

Man, all this beer is making me have to urinate. isn't that strange?
Is this an epic post? It sure feels that way. How long have I been writing this? IT FEELS LIKE DAYS

Drama Directing...should go to Game of Thrones, just saying.
But of course it goes to that talentless hack Scorcese WHAT HAS HE EVER CONTRIBUTED TO ANYTHING
Also, I find Steve Buscemi quite frightening. In a sexual way.

PETER DINKLAGE JUST WON FOR BEST SUPPORTING ACTOR
I just got a boner.
He just thanked his dog-sitter. So cute.

Commercial Report: Will I watch that new Spielberg-produced dinosaur tv show? Terra Nova? Terrible Novel? Listen, I won't lie to you, since I feel we've become so close. Yes. Yes I will watch it. And cry. And laugh. And cry.

There is a car outside my window with it's hazard lights on. It makes me anxious.

Let's go ladies! Lead actress!
Oh great, Marguiles won. We'll never hear the end of it now. She makes me want to drink myself dumb.
I don't think I've ever watched a show on CBS. Certainly not gonna start now.
Marguiles to her husband: "I love being your good wife."
Me: vomit barf puke

Lead actor goes to whatshisface from that Friday Football Circlejerk

Seriously, LL Cool J is on and I don't even have a witty comment for him.

The cast of Failed Abortions--I mean Entourage is presenting for writing in a movie/miniseries.

I want the Kennedys to win. because it's horrible.

Professor McGonagle (sp? do I give a shit?) won for something that's not Harry Potter.

Commerical report: I still think patrick warburton is totally fuckable. I wonder if he still has his Tick costume?

BARRY PEPPER WON FOR THE KENNEDYS WHAT IS WRONG WITH YOU PEOPLE
Chances for Katie Holmes to win for her...SUBLIME...portrayal of Jackie O just shot up like my dick. (What do I even mean by that????? GLUGLUGLUG)

Great, time for me to cry at all the dead people. "In Memoriam"

WHO ARE THESE ASSHOLES RUINING "HALLELUJAH"???????

having a drink for Liz Taylor, Leslie Nielsen, Ryan Dunn, Andy Whitfield, Jill Clayburgh...
...these guys are terrible, WHERE IS RUFUS WHEN YOU NEED HIM

Commercial Report: Dolphin Tale? Really, Morgan Freeman? You being in Wanted was bad enough.
Does anyone else hate those smarmy Kindle ads?

Guy Pierce had many sex scenes with Kate Winslet. Jealous.

Why hasn't Fringe been nominated for any Emmys? THAT SHOW MAKES ME CRY SOMETIMES IT IS SO GOOOOD

Are you surprised I've been drink all night, but not hardly a typo to be seen? I have spell check.
(I left that sentence grammatically incorrect on purpose. FUCK YOU I SO DID)

Downtown Abbey wins for something, I don't know what. Oh! Best miniseries or movie.

Wow, it's pretty much over. I'd like to thank...uhm, beer, and those Dutch boy cookies, and Veggie Straws, and Amy Poehler and the cast of Parks and Rec. Oh and god, baby jesus, satan, zeus, apollo, Katie Holmes, & Princess Di.

Thank you and goodnight.