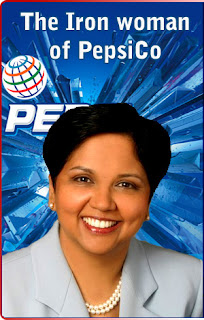 This morning I was watching “Squawk on the Street” CNBC for my favorite Asian Businessperson, Melissa Lee. I wanted to find out if she was wearing boots today.

Moreover, I noticed there was a preview for a new show that premiered tonight called “Pepsi’s Challenge.”

The challenge is to see if PepsiCo can take over the world more or less.

I had to catch the first episode.

I caught a soundbyte from the CEO talking about Pepsi’s enormous goals with business expansion and making all products in the markets PepsiCo products, making every product available a PepsiCo product. PepsiCo is the hybrid combination of Pepsi and Frito-Lay, as well as other components such as Quaker.

So this new show will follow PepsiCo’s plans to conquer the globe. Google and Facebook have proven that a single company can control every aspect of our lives, so why can’t Pepsi control the world? Well, as for the show’s premiere, their presentation was not exciting. They presented a bland and mild approach to selling their show, and the overall storytelling was not something was super entertaining to watch.

It’s always fascinating to hear and think about how the mechanics of corporatism and individual companies can grow and capture financial wealth and widespread impact on human life.

Pepsi is launching plans to single-handedly take over the marketplace of Planet Earth, and this show did very little to make that exciting. Furthermore, there were not enough hot bitches in it. (My integrity fades so fast).

I love that the CEO is a woman from India, Indra Nooyi, for it is a great example that nothing is off limits for any woman in the workplace.

Very exciting ideas. Not a very exciting show.
"Pepsi's Challenge" airs on CNBC at at your locally listed time.

QATFYG:
What the hell is this? 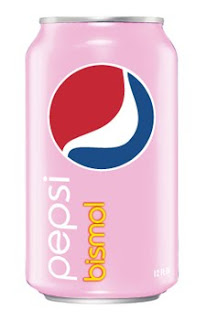