Fiona, still crazy, after all these years.

March 17, 2012
Word has it that both Oh Land and Fiona Apple were at SXSW this week. And I wasn't. Do you see the disturbing factor there?


Well, Fiona is a lot more remarkable, in this scenario. She's been around since the mid-90s and in hiding really since 2005, when Extraordinary Machine was hauled out into the public eye, after being kept down by her record company.


God! I can't believe that was like seven years ago. I need a moment.

I did not take that photo. Someone from the HuffPo did. While this concert happened, I was in Phoenix, doing things. not sure what, but certainly not seeing Miss Apple in her yoga body glory!


Also:  she played at a barbecue. huh. that's like, the one place this side of a car wash I would expect to hear her. whateverrrrrrrrrr. I hope someone was eating prime rib while she tore through "Sleep to Dream." WOMP WOMP WOMP.


The real incentive for me writing this post, however, is her behavior at said barbecue jam. Total Fiona behavior, classic to the extrme. See as follows:


people are reading into that statement and believing it was some kind of statement to help her get through stage fright, which she seems to have some times. I disagree. she probably saw a large yellow elephant standing in the back of the barbecue, much like Babar, and was simply trying to deal. 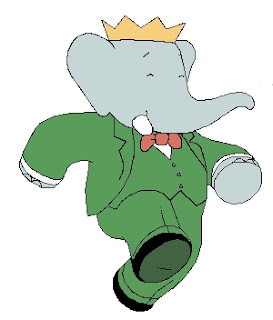 Judging by what I have watched up on YOUTUBE, Fiona still seems to have it. Her voice sounds more tired, true- and one has got to wonder:  how long can a 34 year old woman sing the songs written by a teenage girl (the whole Tidal album, for instance?) but then you take into consideration the deft level of maturity she wrote that album with....and it stands the test of time.
WOMP WOMP WOMP
*cue intro to Sleep to Dream*
Fiona will start her mini-tour today. I'm excited. more excited than I am for puky green beer! happy St. Patrick's Day!
question:  if you ran into Babar, would you flip out on him a la Fiona Apple?