Overall my reaction to the final installment in the Batman trilogy was a series of exaggerated facial expressions. At times I was over the top impressed and at others I was just left shrugging or gritting my teeth. At the end of the day I’ll go with “I think it was a great conclusion to the Nolan series and I’m glad I wore my cape.” 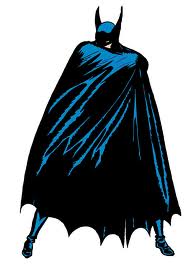 Catwoman: Hathaway didn’t sell me. (I’M SO SORRY CARA) I feel terrible saying it but she seemed a far cry from the vicious vixen of the Comic book. I went into the movie excited to see if she could pull it off, and at the first scene where she encounters Bruce my hopes remained high. Shortly thereafter the character began to fall apart. The agility and speed of Catwoman was reflected pretty well in her first appearance. She did that sexy flippy thing and back flip vaulted out the window after exchanging some witty banter with Bruce. There after she stuck to stealing cars and driving around on the Batcycle with her perfectly applied lipstick. I was hoping to be blown away as I was in Dark Knight with Ledger’s performance but I suppose that was setting the bar too high. I could forgive all of this however if her bad-ass-chick demeanor hadn’t been swayed by a simple pep talk from Bruce. Yeash, that’s not the Catwoman I have come to know and love. Now this is more like it: 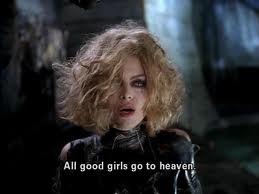 Rachel: So glad you are dead, Rachel. So glad. 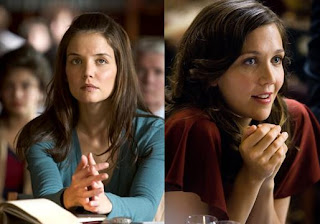 Robin: F*ck yes. I don’t say this lightly. Let me be clear on this, I don’t think Nolan’s Robin was a good representation of any of the existing Robins. If anything, he was a combination of all of their characteristics. His character did not embody one of them exclusively.  Looking back I can see qualities of Dick Grayson, Jason Todd, and Tim Drake thought his character development. I hate to admit it, but it took me quite a ways through the movie to figure out that Gordon-Levitt was indeed going to be the Robin character and when I did I may or may not have squealed with joy. Honestly, I thought the “Robin” rumors had been discredited a long while ago, but I guess that what happens when you drink excessively… you just make up shit. I have to say though, as a Batman fan I was pretty ecstatic when Nolan decided to give the Robin character the name “Robin,” perhaps it’s not all that clever, but it was appreciated. I could see how the hardcore fans could tend to freak if at the end it was revealed that his name was “Jason” or “Dick.” No, Nolan made the correct decision by “creating” his own Robin.
BUT SOMEONE IS BOUND TO GET THEIR OWN MOVIE.
For the record. I stand with Hood. Although, Gordon Levitt would look sexy as hell as Nightwing.


Batman: I think Batman’s character had been developed well enough in the first two movies and that this time around it just became a bit much. I get it. He is trying to climb his way out of the prison. I get it. He’s all bummed up because his B-List girlfriend got blown up (EIGHT YEARS AGO GET OVER IT ALREADY). I guess at this point I just stopped caring. Batman’s life is marred with death and tragedy, it’s commonplace. And that whole “Parents being killed in front of you thing” kind of sets the tone. Don’t get me wrong I love Batman and I think Bale did an excellent job portraying this version of him, but the repetition of the prison scene just really pissed me off. On a more positive note, I liked that they “killed off” Batman. The only people who needed to know that he was still alive, found out, and the rest of Gotham can just go F*ck itself because they doubted him. I also like that he ended up with Catwoman at the end. It reinforced the idea that he had moved on from what’s her face. As a side note, Bale visiting Aurora was a very classy act. Mad props.

Bane: Difficult to understand at times but over all I was impressed. I liked the humanity of the character revealed at the end of the movie and the fact that he killed all but one of the Steelers (GO PATS). His character also threw me off the scent of Talia for a brief moment which I found pretty cool. For a while I was not sure if Nolan had decided to do his own thing with the “Child of Ra's al Ghul” or if he was just being deceptive. You got me on that one, Dick. 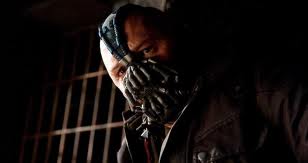 "I think he's trying to sell me ...Tupperware?"

Talia: I’m going to skip this one because Britt did enough sploodging for the rest of us. But I’ll leave it at “Damn, that actress was good.” What was her name again? The whole crazy eyes thing was pretty impressive and it was nice to see Bruce get his rebound bang.

Gordon: Excellent as always. Except for that whole being bed ridden for the longest time only to stand up and walk out upon realizing he is one of the two remaining cops in the whole of Gotham thing. But heck, who notices that kind of thing anyways.


Other Thoughts: Alfred and Fox: Thumbs up up up! I’m going to be honest, at the end of the Dark Knight I thought the Dent character was still alive. I know they had a funeral and all, but I assumed they had locked him away in an institution and “killed” him off to preserve the purity of his character to the citizens of Gotham. I was really expecting to see him resurface in this movie at the very least as a background character. Not complaining though, it was good to see a new roster this time around. It was also nice to see Cillian Murphy again. Man is sexy in a creepy sort of way. It's captivating. I don’t care who you are. I highly respected the decision to leave the Joker character be. There was a lot of talk early on about the Joker being brought back in the third movie, whether it was through face actors with dubbed voices, or through recycled clips, it would have been a tacky move. The best way to honor Heath Ledger, was to leave his star role alone. There was no need for that. Gotham had moved on, healed if you will, and so had the audience. Overall I rank the movies