The Buildings that Remain 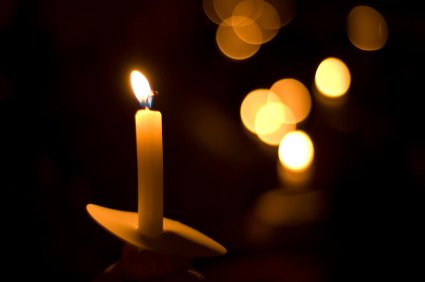 I cannot begin to express my sorrow for the families’ friends and communities of those lost in Aurora and Newtown. I do not pretend to understand the depths of their grief and cannot say how I would react if directly affected by a tragedy of that magnitude. That being said, this article can be taken with a grain of salt. It is largely insignificant coming from a source that was not directly affected by the acts. I would like to reiterate that throughout.


In the wake of the Aurora and Newtown mass shootings much discussion is taking place regarding the buildings that remain.

In Connecticut, Newtown has made it clear that Sandy Hook Elementary School, where 20 children and 6 adults lost their lives, will be closed indefinitely after the December 14, 2012 shooting. It is not known at this time whether the building will be demolished, but it has been made clear that it will never again open as a school.

In Aurora, Colorado the Century 6 Theater, site of the July 20, 2012 mass shooting, which claimed the lives of 12 people, is scheduled to reopen its doors on January 17th, 2013.

The reopening of the theater has prompted opposition from many, including families of some of the deceased. They make the argument that the reopening dishonors the dead. They state that the decision is more in the interest of business and has been made at the expense of the grief stricken.They argue that the building should be preserved as a testament to those who lost their lives.


What is the difference between these two tragedies? Why does the building in Newtown get closed for good while the building in Aurora reopens? Why two dramatically different courses of action when, at the core of both of these tragedies, lives were lost?


After some extensive thought I have come to a conclusion:

I am not claiming that one event is any more or less tragic than another. I do not claim that the loss of any one life is more or less tragic than the loss of another. I am just looking to understand, to justify if you will, the decisions made by those in charge in the wake of these mass shootings. I found my answer in the nature of each establishment and the age of the deceased.

Nature of the Establishment:

A school is a place of learning. Security. Growth. When one or more of these factors is interrupted the facility stops being a school. A child cannot be expected to learn or grow if they do not feel safe where they are expected to do so. A school is open 9 months out of the year. Elementary age students spend the majority of their time on any given year with one teacher in one classroom. If a traumatic event takes place in their classroom would it be reasonable to expose children to the same setting again and again, day after day, for the rest of the school year? A child is required to attend school to learn. If the Elementary school were to be reopened students would be expected to attend. Teachers and students know one another. They know their classmates and they know the kids in the class down the hall. Everyone in the building is intertwined.

A movie theater is a public forum in which people, many who are strangers to one another, gather for a recreational activity. Not to say that the relation of the victims changes the nature of the tragedy. It is the choice of an individual to attend this establishment. In the wake of the shooting, a person can choose whether or not to come back to the location.

Age of the deceased:

With the exception of one, all of the victims of the Aurora shooting were adults. All at varying points in their lives having made some foot print in the world. Some were on dates, some with their families, some with their children or friends. The survivors of the attack were also by in large young adults. Adults emotionally developed and resilient to the workings of the world.

The shooting at Sandy Hook Elementary school claimed the lives of 20 children. In the presence of 400 + more. These children do not share the coping skills we as adults have developed over time. They do not have the same ability to "bounce back" from a tragedy of this magnitude. To remain in the building where 20 classmates and 6 teachers died would not be a wise move toward recovery for these children.

A final factor to consider. The criminal in the Century 6 Theater shooting is alive. In my opinion, to close the doors to the movie theater would be to give more power to the individual guilty of perpetrating this crime. Furthermore, as a society, we are showing other potential mass shooters that they will leave a visible mark on the world. To the shooter these 12 victims were just numbers. To him they are irrelevant. He did this for the notoriety. To close the doors of this theater is to erect a monument to his crime. To show him that the building where he committed this heinous act is preserved; is to show him that his memory and the horror of what he did is preserved. Don’t give him the satisfaction. He has left scars on a community, and while they will never completely heal, they will begin to fade in time. Remember the victims. Honor them but don’t let their killer be single-handedly responsible for closing a landmark in the community. A landmark that exists to bring joy and entertainment, to bring people together, to enrich lives has to keep doing just that.

The opinions expressed in this article are just that. Opinions. I apologize if any offense was taken in this sensitive subject area. As an individual, I struggle to understand situations like these and search for the tangible. The only intent behind this article was to share my experience.