February 01, 2013
A few days ago (why am I always late?), The Knife unveiled the first single from their highly anticipated album Shaking the Habitual, which is due out April 8 internationally and April 9 in the United States. "Full of Fire" is a nine-minute club banger featuring urgent techno beats and weird-ass electronic noises. I can definitely picture myself slut-dropping to it in a sweaty, underground Stockholm club with some guy I've just met. 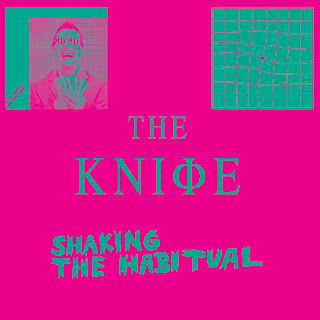 1. A Tooth for an Eye
2. Full of Fire
3. A Cherry on Top
4. Without You My Life Would Be Boring
5. Wrap Your Arms Around Me
6. Crake
7. Old Dreams Waiting to Be Realized
8. Raging Lung
9. Networking
10. Oryx
11. Stay Out Here (featuring Shannon Funchess and Emily Roysdon)
12. Fracking Fluid Injection
13. Ready to Lose

So many of my favorite artists putting out new albums this year, including Lady Gaga, Little Boots, Depeche Mode, Hurts, and quite possibly, Goldfrapp!! Not to mention Azealia Banks' full-length debut album! That is, if her sassitude doesn't fuck it up for her first. This is me right now: