Is "The Leftovers" Television's Next "Lost"? 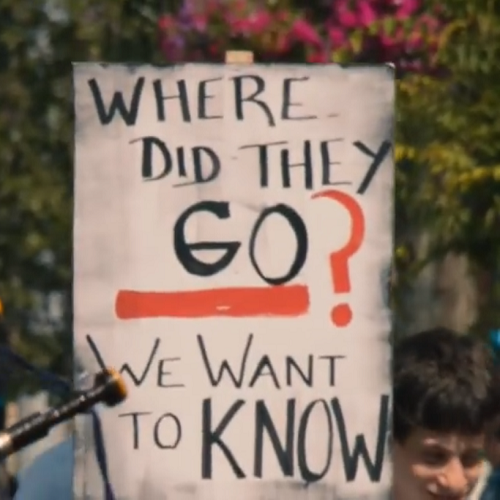 
Mid-2000s television was full of “Lost” lookalikes—ensemble dramas with sprawling storylines, huge casts, and vague symbolism plastered to every inch of the script. That genre has fallen out of favor in recent years, but HBO's latest summer offering seeks to bring obsession-worthy modern-day mystery back to television. “The Leftovers” has a pretty solid pedigree, being directed by Peter Berg (“Friday Night Lights”) and written by Damon Lindelof (one half of Lost's major creative duo). But on a leftovers rating scale, is the pilot episode a post-Thanksgiving turkey sandwich, or the moldy meatloaf in the back of your mom's fridge?


The episode begins by jumping right into the show's hook. While sitting in the parking lot with her sobbing baby in the backseat, beleaguered mother Nora (Carrie Coon) is sent into horrified shock when the child's crying suddenly ceases—her son has vanished from his car-seat, along with 2% of the world's population. Let's get this out of the way—this opening scene is the worst part of the pilot, by far. The extreme melodrama on display here, from an abandoned shopping cart bumping into a parked car to a little boy cheesily crying out for his missing dad, falls emotionally flat.

But things improve from there, as we fade to a black screen accompanied by the audio of numerous disappearance-related 911 calls. In one of the show's many fantastic audio/visual scene transitions, we move three years into the future and join our main plot already in progress.

The rest of the episode follows a number of characters in suburban Mapleton as they continue to deal with the aftermath of this mass disappearance. In our first plot thread, Police Chief Kevin Garvey (Justin Theroux) has a bizarre encounter upon meeting a runaway dog during his morning jog. When the dog is suddenly shot by a mysterious rifleman (Michael Gaston), Garvey embarks on a failed crusade to notify the dog's owner. He's distracted by his own sorrow regarding his lost wife, some tendencies toward anger and alcohol, and preparations for “Heroes Day,” a parade memorializing the tragic three-year anniversary. 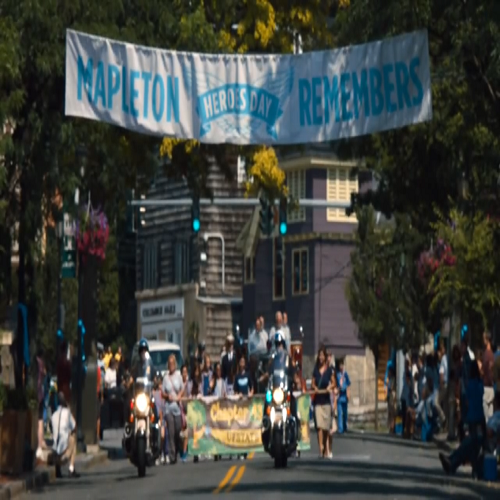 This event is threatened by one of the show's most enigmatic elements—the Guilty Remnant, a cult-like group of unexplained purpose who dress all in white, observe a vow of silence, and chain-smoke constantly. The GR have a ghostly presence in the town, appearing continuously in this episode to haunt a woman named Meg (Liv Tyler). This group has a clear analogue in the infamous Others from “Lost,” though this time around, we're given an immediate viewpoint within their society through Laurie (Amy Brenneman). These ghosts, who seek to serve as “living reminders” of those who vanished, are a haunting and memorable sight throughout. The episode climaxes with the parade and an inevitable confrontation between the GR and those mourning their lost loved ones, which, of course, devolves into violence. 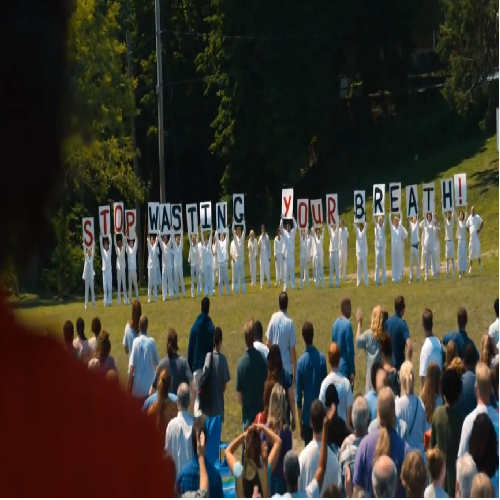 Meanwhile, Garvey's children deal with their mother's disappearance as well. Teenage daughter Jill (Margaret Qualley) lashes out violently during field hockey and attends the quintessential wild teen party. College-age son Tom (Chris Zylka) has taken up working for Wayne (Paterson Joseph), the spiritual figurehead of another group who claims to absolve despairing people of their burdens and abandonment.

“The Leftovers” introduces a lot of arcs in its first episode, and outside of the misleadingly-weak opening scene, every story hits the right marks. As the central character, Garvey's plot is rightfully the most intriguing. He moves between the Heroes Day preparation and a bizarre series of incidents involving wild animals, the mysterious rifleman, and sequences which repeatedly blur the line between dreams and reality. This contrast perfectly illustrates his attempts—and failures—to keep things together while both his family and the world around him are falling apart in such unexpected ways.

Tom's side of the story receives limited screen-time, but sets up an interesting third faction in Mapleton and features a welcome cameo by FNL alum Brad Leland. Jill might be too much of a high school rebel stereotype, right down to her foul mouth, her pot-smoking outside the school, and her television-teen party. But while some of her scenes are among the episode's weakest, others are clear highlights, including a sad-funny bit where a classmate half-heartedly comforts her before requesting to be choked as he masturbates, and a great, down-to-earth scene in which she and twins Scott and Adam (Charlie and Max Carver, in small but utterly-endearing roles) lay to rest the dead dog discovered in her father's trunk. 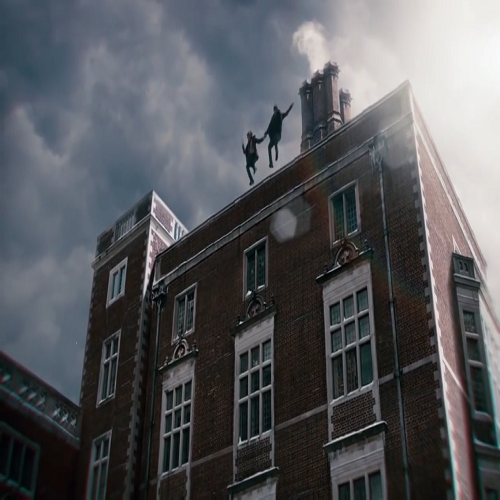 The mysteries presented draw you in, and the music and editing add to the effect fantastically. The soundtrack is quiet, melancholy and haunting, juxtaposed with quick, escalating beats during a wild party or an eerie confrontation with the GR. The musical transitions are excellent throughout. A CGI deers looks a little suspect, but beyond that, the show excels technically. In an exciting stylistic choice, flashbacks are contained to less-than-a-minute clips triggered by relevant dialogue. Comedic bits aren't plentiful, but when they hit, they hit hard (special mention to Gary Busey being listed alongside the Pope as a disappeared celebrity). Performances are solid throughout, barring a minor or role or two (let's please never hear from the irritating old woman in Tom's story again).

Is “The Leftovers” television's next “Lost”? Yes and no. Strictly comparing pilot episodes, this one lacks “Lost”'s opening punch—anyone who has ever seen Matthew Fox running through the burning wreckage of Oceanic Flight 815 will never forget it as a TV landmark, while the intro here falls completely flat almost to the point of parody. But the unsettling members of the GR and Garvey's otherwordly run-ins with wild animals and an unnamed rifleman match our favorite island drama mystery-for-mystery, and “The Leftovers” comes out of the gate with some unique strengths ABC's 2004 hit didn't boast—such as a connected family making up the core of its large cast, and what could be a much larger scale of collapsing society. Kind of like CBS's “Under the Dome,” only competently written.

But here's the bottom line: I was, am, and will always be a “Lost” fanatic. I watched every episode and spent more time then I'm comfortable to admit discussing theories on message boards. I own all six DVD sets, the board game, the Xbox 360 spin-off, three official novels, a companion guide, and a stack of Entertainment Weekly issues featuring the cast on their covers. Just like the castaways searched for a way home or the leftovers search now for those taken from them, I've searched for years to find a show able to rekindle that same feeling of grandiose scope, of the ordinary meeting the insane, of bottomless mysteries you can sink yourself into, of characters you need to follow as they stumble headfirst into the impossible. No show since “Lost” has ignited such feelings in my TV-ruined heart as “The Leftovers” just did.

When did I know I was, once again, hooked?

When he encounters the rifleman at a bar mid-episode, a drunken Garvey chases his truck through the street with his gun drawn, screaming, “You cannot kill our fucking dogs.” In the final minutes of the episode, during a scene so dreamlike and reality-questioning it forces both our hero and the audience to ask, “Am I awake?”, the two men watch a wild pack of canines tear a fleeing deer to pieces.

“You said they're our dogs,” says the rifleman, before he and Garvey gun the beasts down. “They're not. Not anymore.”

Do you have any idea what means?

I don't, and I can't wait for us all to find out together. 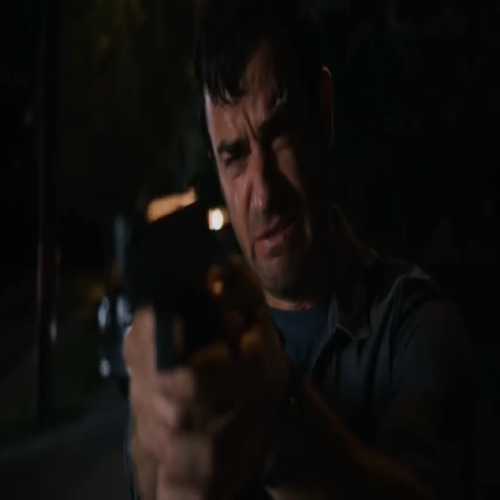 “The Leftovers” airs Sundays at 10 p.m. on HBO.
You can read more words Jonathan Persinger wrote at Persinger's Pages, or you can see him struggle to review children's television at Blog With a Dog.