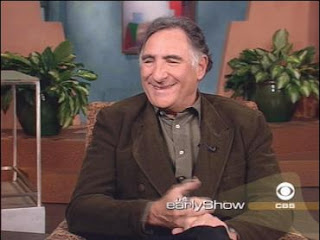 Can you believe Wednesday is here again? The days are flying by, and this week's spotlight/ shoutout goes to none other than Judd Hirsch.

Born in 1935, this man has conquered many feats and challenges in the entertainment world, and I could write a book on his achievements.

So I’ll only spot three of his many achievements.

I first saw him in the 1983 pic, where he played the psychologist to a disturbed Timothy Hutton, in the Oscar-winning film “Ordinary People.” It’s good stuff. I remember being really impressed with his ability to make you believe he was the real deal. It didn't feel like acting. It made me wish, "Damn, I'd like a shrink like that."

Nowadays the Judd is the father to Rob Morrow and David Krumholtz on the Friday CBS Drama, NUMB3RS. I used to be a big fan of this show, but really it’s just too lighthearted. It takes a lot of the punch out of crime drama. But on the bright side it stars great actors like the Judd. And Peter MacNicol, who is DA BOMB!! (Everytime I mention Peter MacNicol, I try to refer to him as DA BOMB!!) I don’t even know if he’s still on the show though. 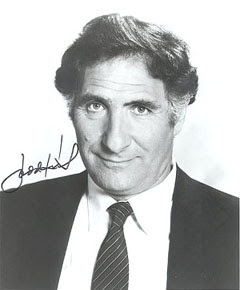 Naturally, he was the host/narrator of “Heroes of Jewish Comedy.” Judd Hirsch encompasses many Jewish/Judeo/Yiddish characteristics into his personality. I love watching him work.

And he played Alex on TAXI!

QATFYG: Do you watch NUMB3RS? Who do you think is the most Jewish man alive? And can you speak Yiddish? I know I pretend I can.